Inventing for fads! Can you cash in on a fad? 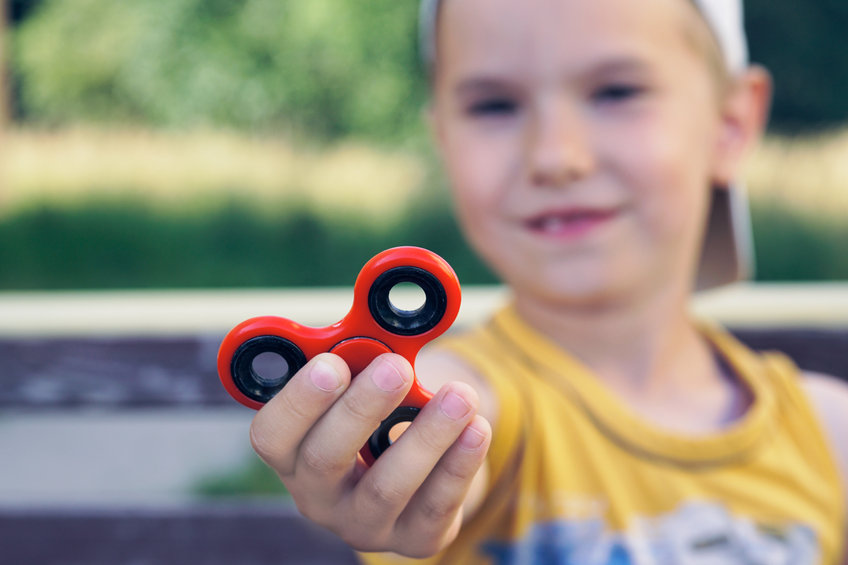 Fidget Spinners, a gadget that uses a ball bearing to rapidly spin on the tips of ones’s fingers, took the world by storm in 2017. Marketed as everything from a toy, to a device that helped you focus and a reliever of anxiety and psychological stress, fidget spinners were everywhere!

In May of 2017, fidget spinners accounted for 17% of all toy and game units sold daily, according to Slice Intelligence. While there is some debate as to whom the actual inventor is, most credit Catherine Hettinger as the inventor of Fidget Spinners all the way back in 1993. In 2005 however, her patent lapsed after failing to find a partner to launch the product. In 2016, Allan Maman and Cooper Weiss, both of whom were only 17 at the time, took the bull by the horns, identified the fad, and started their company Fidget360, which is credited as the ordinal spinner and one of the first to mass-produce the toys.

In a July 2017 interview, Allan told CNBC that he wanted to buy a Fidget Cube, a Kickstarter product that raised over $6 million dollars, but didn’t want to wait the many months it would take to become a reality and ship. He then found a similar product, the fidget spinner, selling in very low quantities on Etsy. Allan and Cooper decided to take a stab at the fidget market themselves, and the rest is history as they say.

According to Forbes, approximately 19 million fidget spinners were sold in the first six months of 2017 alone!

With what seemed like an all new category seemingly developed overnight, my attention was solely focused on spinners and how I could improve them. I came up with a small, yet very unique alternative. I reached out to a market leader in the promotional products industry and shared my sell sheet with them. On January 1st 2018, I received an email back stating, “Keep the products coming. Spinners are over though….”

Just six months after spinners reached their peak! Could the product life really be dead already?! I asked myself. I called the company and had a bit of dialogue with them. To my disbelief, I was told they had warehouses full of spinners that were collecting dust! What had been a money cow for them just six months earlier was now a money pit. They had thousands of units in inventory that would have to be liquidated at pennies on the dollar.

Much of a product’s popularity comes from incredible marketing. In today’s digital age, social media certainly can put your product in the spotlight immediately! A few fad toy products that come to mind from the past 25 years are Tickle Me Elmo, Tamagotchi, and Fur Babies. All were the desire of children one holiday, merely a distant thought the next.

So, the question arises, can you cash in on a fad? If so, you had better do it quickly. As your skillset increases, you should be able to identify a product, quickly design marketing material, and present it immediately. Fad products are so dependent on getting to market quickly that I wouldn’t recommended pursuing any patent protection whatsoever. (Of course, you should always consult with your inventRight coach or patent attorney when making such decisions).

In my October 2018 sit-down interview with Stephen Key on inventRightTV, we discussed how we can take a product from idea to presenting it to a company in as little as one week. Yes, one week! Watch the interview.

This is the type of efficiency you should strive for. The moment you identify the fad is the time when you must take action. There is literally no time to wait. I thought I had a winner, and perhaps I did, but the craze and demand had passed. Don’t make my mistake.

The phrase “strike while the iron is hot” literally refers to blacksmiths who must strike a hot piece of iron with a mallet before it cools, while it is still hot enough to be shaped. 17-teen-year old Alan and Cooper hit a grand-slam with their company Fidget360 by taking immediate action and being first to market.

Can you hit the market while it’s still hot? While the market can still be shaped? Don’t wait until it cools down or it will have forged its own path, without you.

Identify the fad, be quick, decisive, and always strike while the iron is hot!

Post Views: 348
← Inventors, focus on inventing the next virus. Reducing the risk of Inventing →