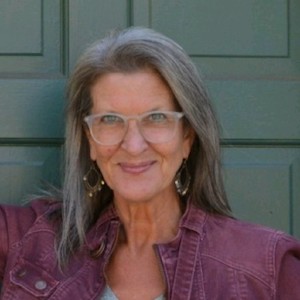 Dana Knowles is a successful entrepreneur and inventor who licensed her invention of a hanging shower caddy to Grand Fusion Housewares after becoming an inventRight student. Her Hanging Shower Caddy was the very first invention she attempted to license applying the inventRight 10-step process. Today it is available for sale online at Amazon, Walmart, Kmart, as well as in catalogues and select brick and mortar retailers. It has received hundreds of glowing 5-star reviews.

Today Dana is an enthusiastic advisor to inventRight, sought after motivational speaker, and longtime owner of Dana’s Tuxedos. From 2015 to 2017, she was the president of the Inventors Network of the Capital Area. She has been instrumental in the creation of inventRight’s new Bridging the Gap program, which puts inventRight students in front of the decision makers at companies looking for ideas across industries.

Dana’s zest for life, can-do attitude, and belief in the power of personal transformation is truly inspiring. Since recovering from alcohol and drug addiction and overcoming homelessness, Dana has been committed to offering a hand up to all those who are starting out on their journeys.

“When we give back, we receive so much more. [Commercializing my ideas] is a lifelong journey for me. And I love not only sharing my joy, but also my struggles, so other inventors don’t feel like they’re the only one struggling with calling companies or getting no’s,” Dana explains. “The camaraderie we have as inventors at inventRight is so important.”

Dana is a frequent guest on inventing podcasts and contributed to the United States Patent and Trademark Office’s annual Inventor-Con in 2021.

See the rest of the team

inventRight has a great culture. Check out the rest of our amazing team of coaches, and staff.
View Team

I asked Dana to send me an e-mail link so that I could share with you what a great experience I had with Dana and our scheduled consultation call. Her attitude, professionalism, kindness, and knowledge were exemplary. I made it very clear at the beginning of the consultation that I was not interested in becoming a student. She understood this and still gave me her full attention and help. She took all the time I needed to ask questions. She shared very helpful information with me. So often, the only feedback we bother to give to people or organizations from whom we seek help, is negative. I don’t often feel compelled to share with others my exceptional customer service experiences, but in Dana’s case, it was easy. You have a great asset in Dana as part of your organization and I just thought you should know.