Inventor of the Drill Paddle 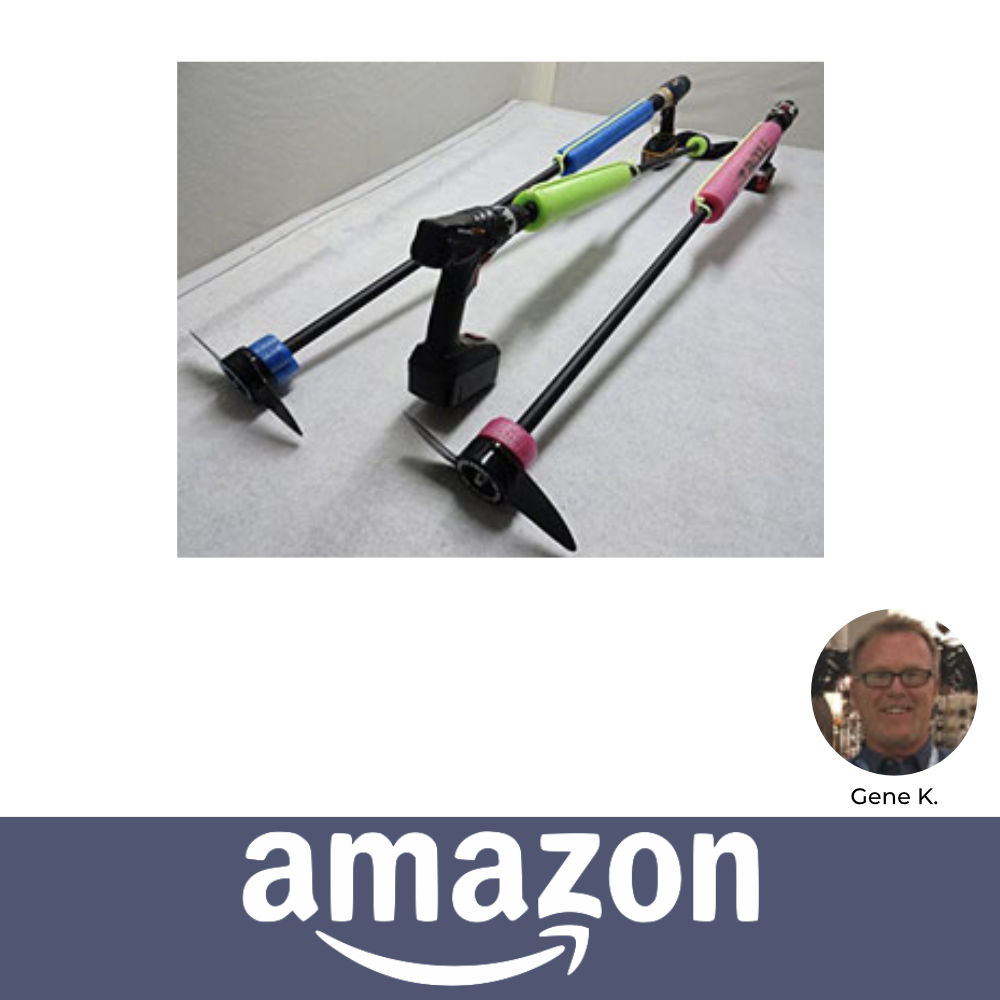 “After developing my product (DRILL PADDLE) a few years ago, I was kinda shooting from the hip, I went ahead and got a Provisional Application from my patent attorney ($1500) and started to venture my product. I got enough interest from selling it on EBay and Amazon after six to eight months that I figured it would justify the $10,000.00 plus another $2400.00 for what the USPTO calls the “”fast track”” for a Non-Provisional. I was awarded a Patent on August 19, 2014, roughly 6 months after it was filed. Now the fun begins, or work!! I have to make the product, advertise, make boxes, figure out a proper packaging, purchase supplies, hire business attorneys, take phone orders, go to trade shows, deal with customer service, essentially as they say, “”wear many hats””. I also have a job, family, and a few other responsibilities. The process was getting very complicated and time consuming, I didn’t mention that I had contacted about a half dozen companies that seemed mildly interested in my product but really wanted larger quantities than I could not produce. They also had various terms that, me being not very familiar with how the corporate world works, this was having me Google things that they were asking me, just so I know what they were talking about.

That’s when I came across Stephen Key on a YouTube video talking about licensing. Before that, I had heard about it (licensing), but wasn’t quite sure how it worked, but I knew it was something I needed to do to get my product to the masses. I think I watched a dozen video’s and took several pages of notes. Now I had a little ammo to talk to the people to get my product out there a little more. After going back to his videos a few more times, and pulling up the INVENT RIGHT web-site, I figured I needed to join their process. Soon after I joined up to INVENT RIGHT, I received a call from co-founder Andrew Krauss. I told him that the program that they were offering was so reasonable that I had spent more on advertising before, and that their appointment program (to set up one on one coaching) was something I with all Doctors and Dentist had!! That very first week I was set up with a coach, Terry OMara, very knowledgeable and just a great guy! He has helped me get through some very complicated situations, some of them I had gotten myself into before INVENT RIGHT. Any question that I had he could answer, or he would find out!! In fact, if he had ANY doubts, he would talk to the founder, Stephen Key! Stephen actually called and talked to me on several occasions. I also called him, in a panic about a problem I was having with a sales rep., he picked up the phone and helped me through it!!! The whole INVENT RIGHT team has a vast amount of knowledge, this is something that you can’t get at ANY cost. In closing I have to point out, that if I had started my project with INVENT RIGHT, instead of “SHOOTING FROM THE HIP” I could have very well saved me thousands of dollars and alot of time and headache. In the words of Steven Tyler (Aerosmith) “You have to learn to crawl before you learn to walk” INVENT RIGHT will have you walking tall in no time!! Oh, I almost forgot, I JUST RECEIVED MY FIRST LICENSING DEAL!!!!!”