Inventor of the PancakeBot 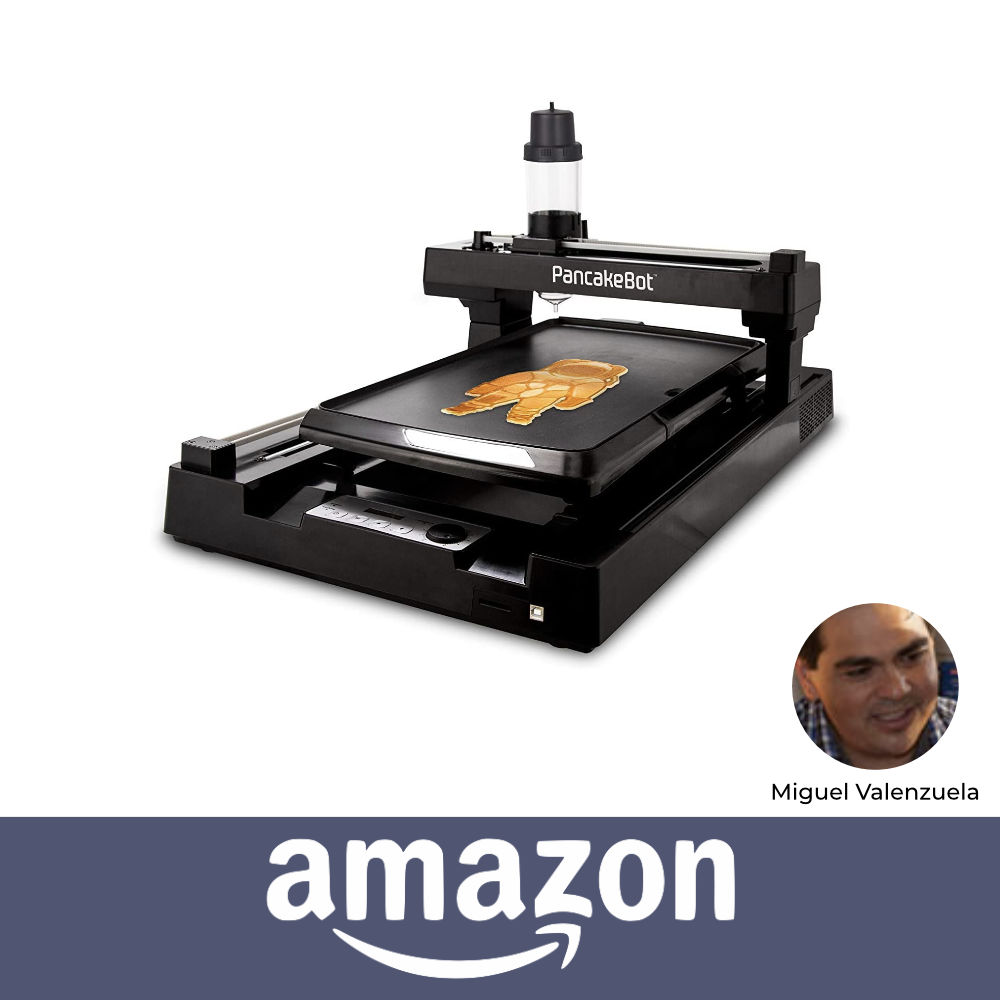 “At about the same time that this started, I began taking Stephen Key’s course on licensing ideas. I was living in Norway at the time and the thought of even producing a product in Norway was daunting. Unfortunately, things are very expensive in Norway and the tools I needed to take the idea to the next level seemed out of reach but the concept of being able to license PancakeBot always stayed in the back of my mind.

Another year passed and I decided it was time to take PancakeBot to the next level. With the help of Jonathan Stravitz, a friend of mine from New York and an investor, I created three different acrylic prototypes of PancakeBot. It included new technology and a new method for dispensing pancake batter. With the help of open source products and code, I finally had a working demo that debuted at the San Mateo Maker Faire in May of 2014.

It was a hit and many people loved it. A few quirks here and there but for the most part, it did the job and people were excited.

The neat thing about the situation was that because of my former exposure, PancakeBot became synonymous with my name and my family.

One day in June, we received an email from a gentleman named Evan Dash who owned StoreBound, a company that helped bring products to market. I was excited and this is where Stephen’s course really helped. I was already familiar with the licensing process and felt that it was the best way to bring PancakeBot to market. Especially because of my living in Norway.

So after some negotiations, we signed a deal with Evan and now, PancakeBot is slated to come to market early 2nd quarter.

Prior to signing up with the course, I read as much as I could about licensing ideas and writing up patent applications etc. It all seemed so daunting and scattered. I decided to take Stephen’s course for two reasons, number 1 was to put it all together, number two was to gain access to a list of businesses that I could try to license my concepts to.

What I quickly learned was that Stephen’s course was much more than that. The stories I heard, the experiences others shared, motivated me. It helped keep me going when things were rough. But Stephen’s course also provided information about what to look for in products, how to grow your ideas, how to expand and use the knowledge that was already out there.

With PancakeBot though, I realised I took a different approach. I released plans to the LEGO version for free to people. I put my name out there and created a brand around PancakeBot and my name and my family. I did this unintentionally as I was primarily interested in letting people learn about PancakeBot and excite kids about cooking and robotics. I wanted to build a connection between food and technology that kids could relate too. Making it in LEGO was just a bonus (and LEGO makes a great prototyping tool).

But the greatest issue I faced was how to bring the idea to Market and share it with the world. And after great consideration, partnering with StoreBound was the right thing to do and we`re hoping it is a success.

Thanks to Stephen’s course though, I had the tools in hand to be able to make educated decisions when the opportunity arose.

If you’re and idea maker, a tinkerer, an inventor, and don’t know how to take your idea to the next level, Stephen’s course along with Andrew’s mentoring will be key in your success. I will let you know, that you can do it without Stephen’s course, but the learning curve will be tougher and longer and going at it solo can be difficult at times but the course and mentoring program will provide small keys to unlock your personal potential as you enter the world of creating, inventing and licensing.”