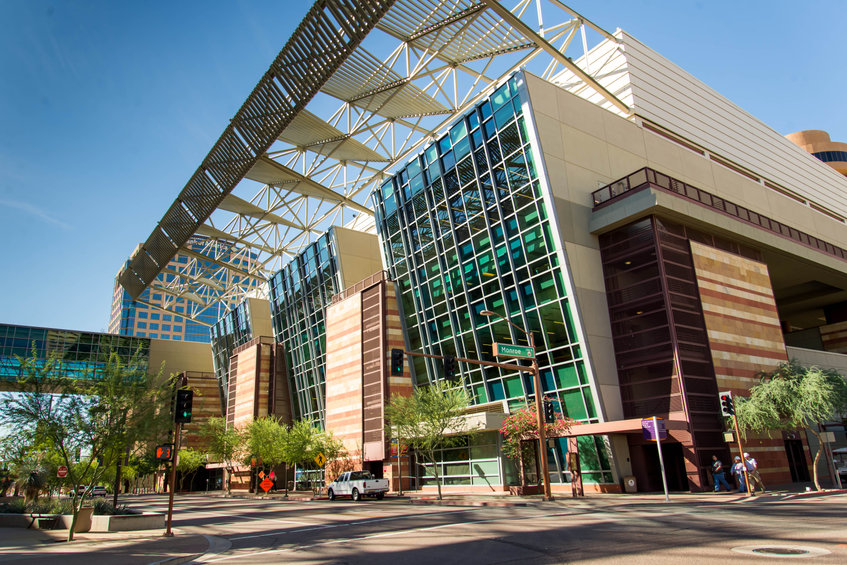 Many years back I attended the “Super Zoo” trade show in Las Vegas, NV. Billed as the most-attended pet industry trade show in North America, I was nervous to attend to say the least. This was the first time I had ever shown my product, the Woof Washer 360, publicly. I couldn’t afford a booth (not that I necessarily wanted or needed one.) I had no intellectual property, nor a production sample.

What I did have however, was a very nice-looking prototype. So, I walked the show floor with my prototype at chest level and was continually approached by people who were very eager to know what the funny looking contraption that I was holding was. They were essentially challenging me to pitch them. I recited to them the same pitch I had been giving to licensees for years.

“This is the handheld dog washing device that provides 360 degrees of clean!” I said. Several companies that manufactured dog shampoos even approached me and suggested we speak after the show. I was blown away with the reaction my product received. I didn’t walk away with a deal per se, but I did walk away with the knowledge that there appeared to be a market for my product!

As inventors, we often pursue products the market doesn’t want and often create solutions to problems that don’t exist. In short, we fall in love with our products regardless of what consumers thinks.

Upon returning home, I was more determined than ever to secure a licensing deal for my product. Fast forward 10 years, and it’s no wonder I was all ears when my inventRight student, Aaron Orozco, reported back to me after attending Super Zoo this past August.

“It was a great experience!” Aaron told me. “I loved talking to all of the companies.”

Aaron found himself in a scenario which I have witnessed many times. A potential licensee with whom he had been in contact with asked Aaron if he would be attending Super Zoo. I strategically told Aaron to let his contact know that he would love to attend, however he was not an exhibitor and thus didn’t have access. As we had hoped, Aaron’s contact graciously added him to his guest list! Just like that, Aaron had committed to meeting his potential licensee in person.

To prepare for Super Zoo, Aaron watched two one-hour long, member-only inventRight webinars about attending trade shows. He also made sure to purchase business casual attire and studied the exhibitor list which was on the Super Zoo website. Aaron also printed numerous copies of his sell sheet and had business cards made. After a bit of coaching from me, Aaron was ready to attend his first show!

Understandably so, Aaron was a little nervous. As he put it, “I thought everyone was there for buyers and wouldn’t want to talk to product developers, but I came to realize it only takes a minute of their time, so they’re completely open to it!” Aaron said the trick is to enter the booth when it’s not busy and respect the fact that they will ultimately want to engage with any buyer who is within earshot of them.

At the right moment, Aaron entered each booth and waited to be greeted. Ultimately, the booth representative would ask, “What do you do?” Aaron’s rehearsed response? “My name is Aaron, I am a product developer. I design and license new products and was wondering if you except outside ideas?” There wasn’t a single person who wasn’t extremely nice to him and all were open to seeing his ideas!

As he put it, “If you dress the part, nobody knows who is who. If you present yourself professionally, nobody will be rude to you.” Aaron told me that depending on if you were an attendee, exhibitor, or buyer, you would be issued a different color pass that hangs on a lanyard around your neck. At Super Zoo 2019, buyers wore red passes. Out of respect for each booths’ time, if a red pass was entering the booth, Aaron respectfully removed himself from the conversation and allowed the representative to focus on the buyer. Now that’s smart!

Aaron said that most representatives will hand you a business card, and thus, it is presumed that you will hand one back. Not having one would be very unprofessional, he said. He encourages all inventors to have cards on hand at trade events.

As the three day show continued, all of Aaron’s fears were long gone. Surprisingly, four companies that would not allow him to submit a product via cold calls were actually open to product submissions in person! One company representative even told him, “I love meeting inventors in person! Most of our interactions are only online.”

Aaron spoke briefly with his potential licensee on Day 1, but said the licensee was extremely busy as would be expected. By Day 2, the show was in full gear and it was even more apparent that his licensee had a full plate. As Day 3 approached, the show floor slowed down a bit and he thought it would be the best time to fully engage with his licensee.

His instincts were spot on. They spoke and got to know each other well. Aaron questioned his potential licensee on what he liked about his product and if he thought his product might be a good fit with his company moving forward. After plenty of friendly banter and a friendly relationship off to a good start, Aaron was advised to follow up with the company in a week.

The face-to-face time Aaron had with his potential licensee was worth its weight in gold. “You simply cannot establish the same level of relationship over the phone as you can face to face.” He warns others not to wait until Day 3 to start working the show because “many of the important people will be gone by then.”

When I asked Aaron if he would attend again, he said “Absolutely. I have a much better understanding of the industry now.” He does caution that airfare, hotel, and food can get expensive for three days. “There certainly is value in meeting face to face however if money is tight, I believe it can be done exclusively online too.”

I asked Aaron to tell me what, if anything, he didn’t enjoy about attending his first trade show. He jokingly told me that he did not like wearing a sports coat all week. However, he reminded me again of the importance of dressing the part. When in doubt dress up not down, he suggested. Good advice.

As for Aaron’s product, it is still under review and he should have additional feedback in the coming weeks.

My first experience at a trade show was ultimately the catalyst for me to really get moving on my product. It reinvigorated me. It confirmed so much of what I thought I knew about my product and the consumer’s ultimate need for it. Aaron came back with many of the same feelings, and I’d bet that if you attend your industry’s trade show, you will have a very similar positive experience!